This list of Frequently Asked Questions (FAQ) has been compiled as a quick and easy reference; it is not intended to be a comprehensive guide. For more in-depth information refer to the current Big Game Regulations and Guidebook at: http://wildlife.utah.gov/hunting-in-utah/hunting-information/big-game.html

Yes, mule deer have incredible jumping abilities and have been documented leaping over the HAFB fence. The deer are also known to walk through the vehicle gates, most often at night.

2.  Who can apply for a HAFB archery deer hunt voucher?

A hunter that has a valid:

3.   How do I apply for a HAFB archery deer hunt voucher?

Go to https://hillafb.isportsman.net to register and apply to the desired hunt during the open application period (varies annually, usually late May - late July).

Applicants are selected using a computer-generated, random selection process. Priority is given in the following order:

Any falsification of candidate’s information disqualifies said candidate from hunting HAFB during the current year and the following three years.

Applicants may apply to all desired hunts but must pay the $5-10 application fee for each hunt applied.

Successful applicants will be notified via email.

4.  Can the hunt be canceled or put on hold?

Yes, the hunt may at any time be placed on hold or temporarily suspended due to HAFB Security measures or during ORI/ORE procedures.

If you happen to shoot a deer that moves out of the hunt zone and into restricted military areas, please secure your bow and belongings in your vehicle then contact the HAFB Natural Resource Office, Jace Taylor, 801-775-2351 or Nicholas Brown, 801.777.7652 or Security Forces (801) 777-3056 for information on accessing restricted areas outside of the hunt boundary. DO NOT enter any potentially restricted military areas without first checking with HAFB security personnel or you may be in violation of federal trespassing laws.

If the animal goes out of the hunt zone onto privately owned non-HAFB land, please contact the HAFB Natural Resource Office, Jace Tayor, 801-775-2351 or Nicholas Brown, 801.777.7652 and the private landowner before moving onto the land. It is also recommended that you contact HAFB Security Forces (801) 777-3056 to ensure the land is indeed private and not a restricted military area. If entering private land without permission you could receive a violation for trespassing.

6.  Do I need permission to leave my vehicle unattended while hunting on base?

Participants in the HAFB archery deer hunt MUST display their vehicle pass when leaving their vehicle unattended. Vehicle Passes will be issued to successful applicants in addition to their access voucher. It needs to be placed in plain sight on the dashboard of your vehicle. Due to heightened security measures an unattended vehicle may be cause for suspicion.

7.  Are there Antler Tine Restrictions on HAFB?

Yes, because there are a limited number of deer on Base at any point in time, HAFB employs antler tine restrictions to spread the buck harvest across different ages to maintain a healthy herd. The current Antler Tine Restrictions are as follows:

A tine (point) is a projection that's longer than one inch, measured from its base to its tip. 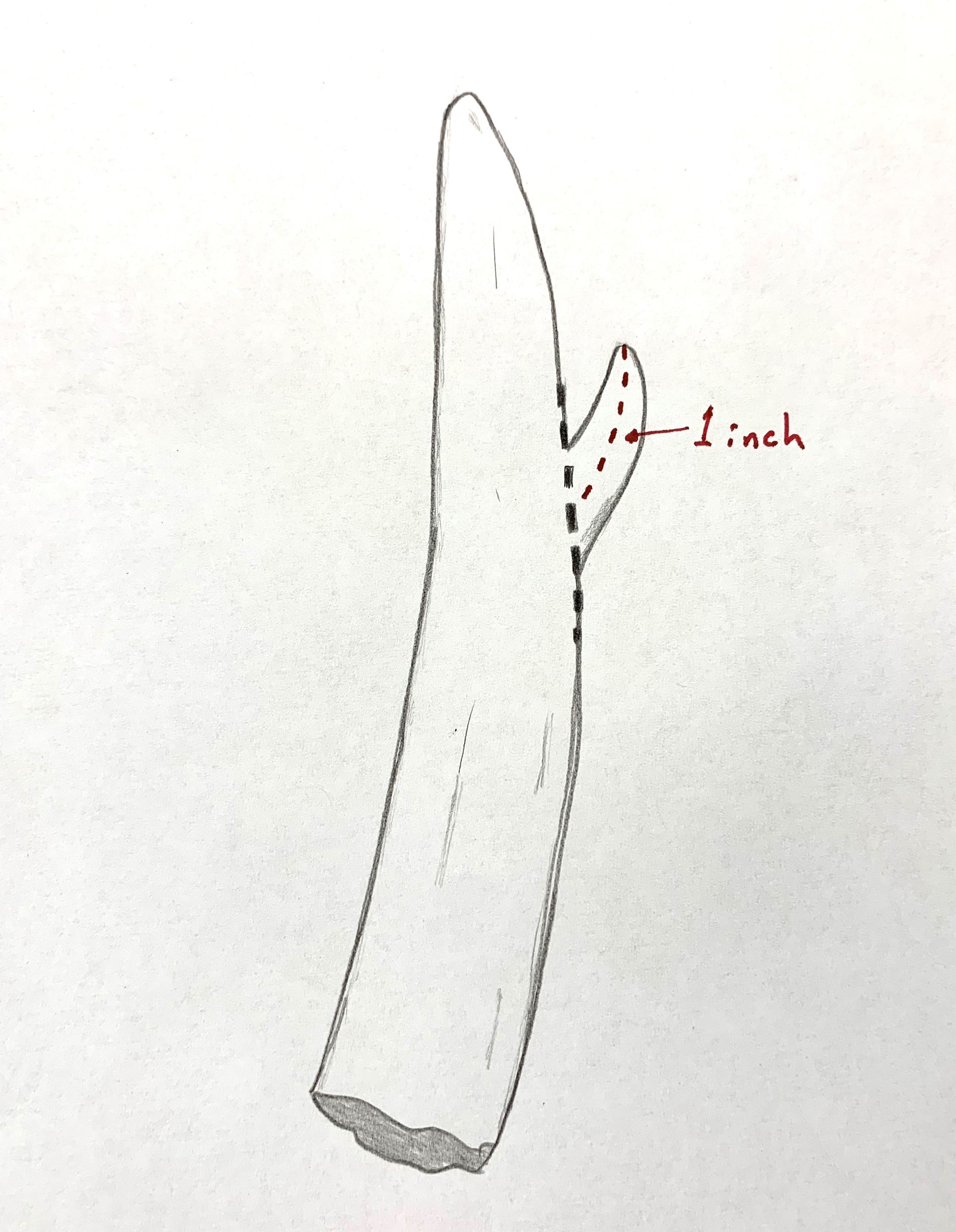 Two Point Buck Hunt: Both antlers have a maximum of two tines, not including eye guards. A buck is no longer eligible for the Two Point Hunt when either antler has more than two tines. Eye guards do not count as tines.

Three Point Buck Hunt: Both antlers have a maximum of three tines, not including eye guards. A buck is no longer qualifies for the Three Point Hunt when either antler has more than three tines. Eye guards do not count as tines.

Any Buck Hunt: Allows a hunter to harvest any buck regardless of the number of tines on either antler.